This growth has fuelled a very competitive environment for the consumers’ dining and entertainment dollar. New avenues for customer acquisition were required beyond in-place mass advertising and social media tactics for the Rock Creek brand.

The Thinking: The Tried, Tested and True Coupon

Arcas provided a competitive dining market audit that set the stage for developing a strategy for a targeted direct mail coupon campaign – that was dropped in the restaurant’s three new location neighbourhoods (including the longer established location neighbourhoods, as well). Coupon incentives were utilized to create immediate awareness and interest of the new neighbourhood dining experience, and to also attract new customers to try the brand’s offering. The coupon mailing creative matched the mass advertising media tactics and initiatives that were being placed in the market, as well as the supporting messaging.

With over 5.0% of the coupons redeemed (almost triple the industry norm), Rock Creek’s direct marketing investment – in real dollars – saw a return on investment (ROI) of over 500% on actual direct mail advertising spend (based on an average/typical $80.00 dining visit receipt).

The direct mail coupon campaign also provided key offering awareness deliverables for the brand. By entering thousands of neighbourhood homes, even though the incentives may not have been redeemed during the offer’s timeframe window, Rock Creek gained valuable mind share. 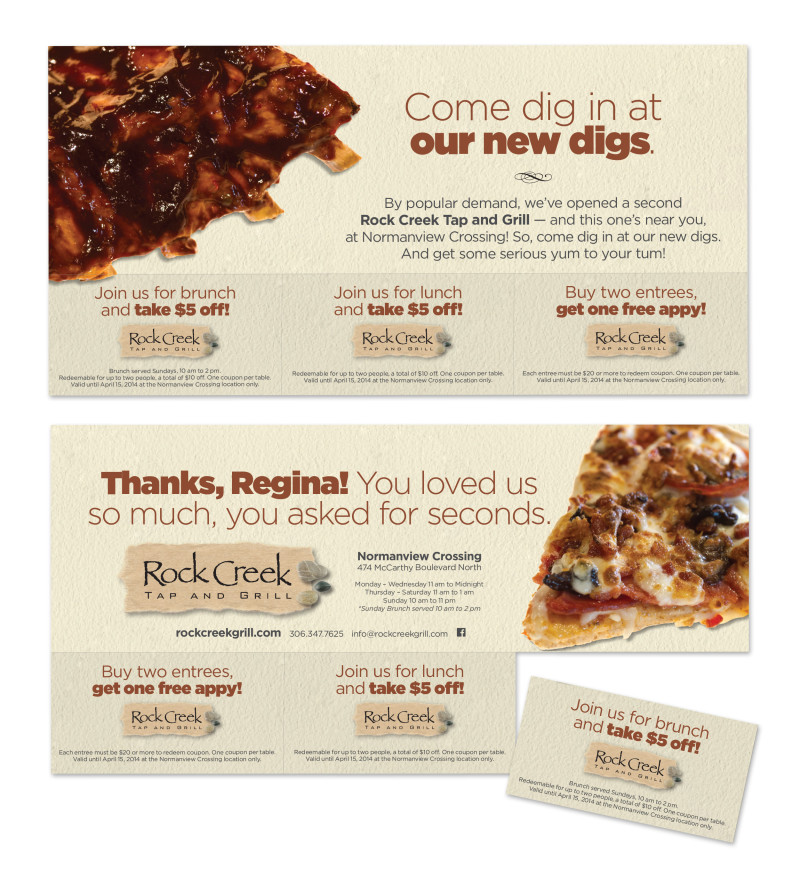